SELF STORAGE THROUGH THE YEARS

Home / Self Storage / SELF STORAGE THROUGH THE YEARS

Think back to your childhood. You probably lived in a smaller house than you do now, and stored all your “stuff” at home.

There’s a certain irony in the fact that as Australians build and live in bigger houses than ever before, we also seem to accumulate more and more “stuff” and we don’t have the storage space for it at home. That’s one of the major reasons why the Self Storage industry has taken off here – but it is not a new phenomenon.

According to Wikipedia, there is some historical evidence of publicly available storage in ancient China but the first modern Self Storage facilities appeared in Florida in 1958. The first Self Storage facility chains started to open in Texas in the late Sixties.

Some of the earliest Australian Self Storage units date back to the early Seventies. Back then, it was a case of smart entrepreneurs visiting America and realising there could be a market here for ‘mini storage’ after seeing rows and rows of garages with roller doors and padlocks at facilities around the US.

That is the image that most of us would have of early Self Storage facilities: large blocks of land with rows of garages. There was nothing sophisticated about them and it was definitely a case of ‘renter beware’ in terms of security and protection from the elements.

But the idea was a good one and so the industry started to grow, and become more sophisticated and organised. The industry’s representative group, the Self Storage Association of Australasia (SSAA) was found in 1990 by a small group of operators and industry suppliers, and has grown since then into a professional industry advisory body.

The industry has grown strongly in the same period of time, and the Association now has more than 1400 members across Australia, Asia and New Zealand, and sets the standard for operators who want to be the best in the industry. The savvy consumer will ensure they choose to store their precious belongings with a member of the Association.

Since the early days of garages and roller doors, there is no such thing as a ‘typical’ Self Storage facility. Storage sites can vary in size and number of units, from just a handful to more than a thousand spaces in big markets.

Unit sizes vary, to suit a wide range of customers, and some centres specialise in specific markets – wine, archiving and recreational vehicles – while others have a unit mix designed to be all things to all customers.

The Self Storage industry in Australia is still considered young, compared to the United States, and it is still growing. Some experts suggest it’s about to enter a new development boom.

With the sector seeing more interest from institutional investors such as superannuation funds, that boom is a distinct possibility. That would be taking a lead from the US, and if we do that, there is no doubt there will be many more Self Storage facilities across Australia.

We are leading the way with cutting edge facilities and security that allow us to give you the best self storage in the Ipswich area.

What our Customers Say
Amberley Self Storage really do give me peace of mind. I feel like my stuff is safe here.
Sarah
The staff were so helpful when I was trying to sort out all of my boxes. They really saved the day when my moving company let me down.
Thomas
Recent Posts
Copyright © Amberley Self Storage | All Rights Reserved | Website by R6 Digital 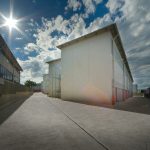 AMBERLEY: THROUGH THE YEARS 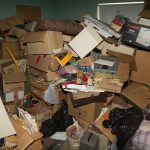 HOW TO AVOID SELF STORAGE MISTAKES