AMBERLEY: THROUGH THE YEARS

Home / Self Storage / AMBERLEY: THROUGH THE YEARS

Mention the name Amberley, and for most it will immediately be associated with the RAAF Base Amberley, but this suburb is more to Ipswich than just a military airport.

It is the Royal Australian Air Force base, located 8km southwest of Ipswich that placed Amberley firmly on the map, and it is here where we start our story. The need for the RAAF base was first identified in 1930, but it was only in 1938 that the area was gazetted for this purpose.

The base opened in June 1940, and supported the Allied forces during World War 2, assembling and repairing aircraft, and was used as a major US Army Air Forces base during 1942 and 1943.

Today the base is used to house the heavy bombers, and is a great place to go plane spotting, unless the thought of millions of tonnes overhead scares you…

Amberley is also home to a Bureau of Meteorology weather observation station; possibly because it can get quite cold down here, with weather reaching the low minus 4s in 1994 and 1995. Looks like Global Warming has ended the cold snaps…

With a population close to three hundred people, there is not much more to the suburb than the RAAF base, but it is home to Amberley Self Storage, and we really like it here.

The suburb is a close knit community, and people look out for each other, so it comes as no surprise that our team will be happy to go out of their way to find storage solutions that will meet your business or personal storage needs.

So the next time you need Self Storage, and you’re visiting or living in the Amberley area, then consider the area’s finest storage facility, Amberley Self Storage. We understand your storage needs, we know the area, and we can provide a Self Storage solution to suit your needs.

We are leading the way with cutting edge facilities and security that allow us to give you the best self storage in the Ipswich area.

What our Customers Say
Amberley Self Storage really do give me peace of mind. I feel like my stuff is safe here.
Sarah
The staff were so helpful when I was trying to sort out all of my boxes. They really saved the day when my moving company let me down.
Thomas
Recent Posts
Copyright © Amberley Self Storage | All Rights Reserved | Website by R6 Digital 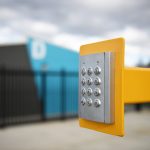 AN INTRODUCTION TO SELF STORAGE 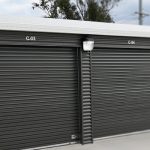 SELF STORAGE THROUGH THE YEARS